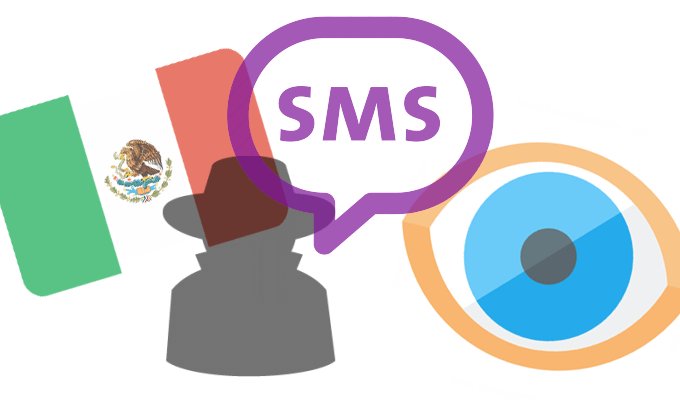 As an international observer, I worked with the security and protection of activists and human rights defenders living under constant threat because of their labor.
In many countries around the world, human rights defenders are being threatened, harassed, delegitimized and victims of psychological and physical violence; everything to make them stop what they are doing. In Mexico, where I worked, only last year 23 human rights defenders were killed. The threat is very real and organizations and grassroots movements are taking security measures to prevent incidents and to protect themselves, their families and the people they work with.
This story will hopefully give you a deeper understanding of the context these individuals live and work in, and how digital tools in the wrong hands can become weapons.

Standing up against powerful actors means upping your security game

Being an active member of the civil society in Mexico, it is important to apply security routines both in the physical and digital world, at work and in your private life. Sensitive information is one of the most important things on the agenda, and difficult to manage. There is a great awareness and knowledge about digital security within the civil society in Mexico and many organizations use programs and applications that are safer, taking measures in their communication and information storing. Digital activist collectives collaborate with human rights defenders to share knowledge on technology and security. One of many things that can be good to know is: the risks of using a cellphone. This is something one of the organizations we work with knows all too well.

The organization I’m thinking of is Comité Cerezo. This organization was founded in 2001 after three of the Cerezo brothers; Antonio, Hector and Alejandro were detained, tortured and imprisoned for political reasons. This non-governmental organization is dedicated to the defending of different victims of human rights violations in Mexico. They accompany other human rights defenders, systemize and document human rights violations, to counteract corruption and impunity. They have for example been working with cases of torture and arbitrary detentions, extrajudicial executions and political prisoners. The Comité Cerezo is outspoken in its critique towards the Mexican government. They are very aware of the importance of digital security and take many measures to protect themselves and the people around them.
They were also one of the organizations that were targeted in the Pegasus scandal in 2017.

Pegasus – gives you the access to someone else’s entire smartphone

According to an article in The New York Times; since 2011, the Mexican government has purchased at least $80 million worth of the spyware Pegasus, created by an Israeli cyberarms manufacturer; the NSO group. This spyware is sold exclusively to governments, and only on the condition that it be used against terrorists and criminals. This was also the pretext of the government, to surveillance drug lords and illegal activities in the country. The software infiltrates smartphones to monitor every detail of a person’s cellular life – calls, texts, email, contacts, calendars and photos etcetera. It can even use the microphone and camera on phones for surveillance, turning a persons smartphone into a personal bug.
But who does the Mexican state consider as their enemy?

It has been proven by independent analysis that many, both journalists and human rights defenders, were targeted by the spyware Pegasus. The hacking attempts were all in the form of personalized messages, sent to their cellphones and designed to inspire fear. The aim of the message was to get the receiver to click on a link (leading to nowhere) that would provide a completely free access to their cellphone. These alarming messages, compelling the reader to open a link, were sent not only to the different persons working with sensitive issues, but to their family members as well (including their children). They were even sent to international officials investigating the 43 missing students of Ayotzinapa, who had been granted immunity and were invited by the Mexican state. If these persons that were not even Mexican and had immunity was being spied on, then what can happen to common Mexican citizens?

After the spyware attacks became public news, the government denied even purchasing spyware. But later on, when a special freedom of expression prosecutor was assigned to investigate the case, the government backtracked and the former president Enrique Peña Nieto admitted using the spyware. He also insisted that it was never for political purposes and only used to deal with crime.

This use of sophisticated cyber weaponry against civil citizens is symbolic of the struggle for Mexico itself, raising legal and ethical questions for a government already facing severe criticism for its human rights record. For example; only last year there were 10 murders on journalists, placing Mexico alongside countries like Syria.

Antonio Cerezo – One of the spyware targets

I wrote to Antonio Cerezo from Comité Cerezo, asking him about their encounter with the Pegasus malware. He told me that they were victims of the spyware at two different occasions.

“The big human rights organizations like the Centro PRODH made a press conference and took the cases to the media, it became big news. We (Comité Cerezo) made a denouncement but without the capacity of the bigger organizations.”

“However, absolutely nothing happened. The Peña Nieto government never acknowledged its responsibility.”

”Not as obvious as the pegasus, but “rare” emails arrive at the committee’s email account, we have not noticed it on cell phones, but we cannot guarantee that the surveillance will not continue”.

Mexico might be the biggest customer for digital surveillance tools, but it’s not alone. The trend is growing, both in democratic and authoritarian states. Until we know more about which countries that are using these spyware tools, who the targets are and precautions are put in place to stop the abuse, this illegal spying of journalists and other members of civil society will most likely increase. This definitely creates a threat to human rights defender and journalists, but also in general, to privacy rights and media freedom in the coming years.