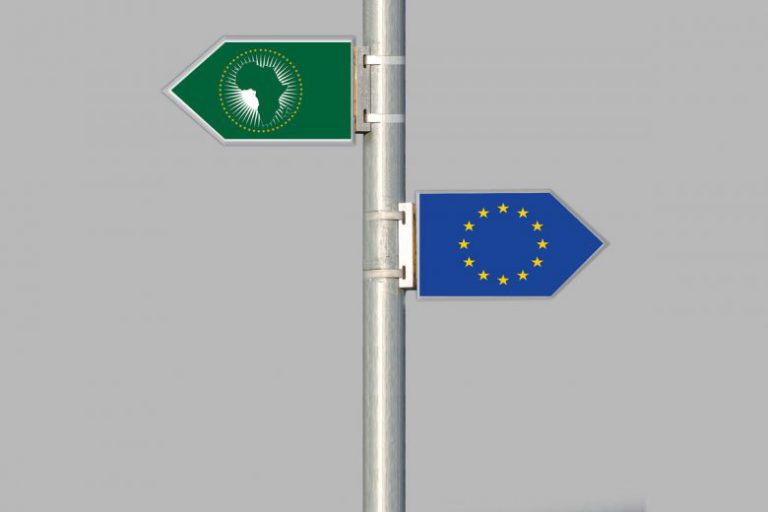 The European Commission’s Africa strategy, published Monday, 9th of March 2020 stresses the EU’s top priorities, including climate change and digital Africa’s transformation. EU foreign policy chief Josep Borrell said overall, the EU wants to scale up its partnership with Africa and make it more effective. At the first glance this may not seem like a topic with many story-lines, but the more I was investigating it, the more it started looking like a very interesting story on post-colonialism, development, aid and power games.

The relationship up till now

Back in February this year, European Council President Charles Michel told African leaders that Europe is ready for a fresh start and looks at Africa as an equal partner. Speaking at a state dinner organized by Ethiopian Prime Minister Abiy Ahmed for leaders attending the African Union’s annual summit, Mr. Michel said that most EU countries never even had colonies:

“I am here today to bear witness to a metamorphosis of this continent but also that of Europe,” Michel said. “Your northern neighbour is changing. I am here tonight to speak for 27 European countries. Twenty-two of them never had any colonies. A new generation of leaders is coming to power. They are not hampered by the burden of nostalgia.”

This statement seemed rather odd as Belgium, France, Germany, Italy, the Netherlands, Portugal and Spain all had colonies in Africa, as did the U.K., which left the EU only recently.

African – EU relationship seem to have been rocky for a long time. African diplomats often complain that EU conditions tied to its investment vehicles are too restrictive and that EU-Africa trade deals are designed in favour of Europe and do not allow African countries to develop domestic industries. The result, they say, is that the vast majority of the continent’s exports to Europe are in raw commodities. Furthermore, Europeans are said to have been advocating their companies and interests and at many times exploiting the continent. Many European corporations that operate in Africa have questionable methods and practices. Take Soho International for example, which was so eager to extract oil in Virunga National Park territory in CONGO DRC that it was ready to bribe, lie and destroy the protected areas.

People of African decent living abroad have been treated equally and respectfully in many places and clutching to colonial past could just be the reason. Just take the case of Belgium, where United Nations have reported:

“There is clear evidence that racial discrimination is endemic in institutions in Belgium. Civil society reported common manifestations of racial discrimination, xenophobia, Afrophobia and related intolerance faced by people of African descent. The root causes of present day human rights violations lie in the lack of recognition of the true scope of violence and injustice of colonisation.”

Together, the EU and its Member States are the biggest donor to the African continent. Nearly 20 billion Eur. a year in development aid is directed to Africa through programmes implemented at a continental, regional and national level Official Development Assistance (ODA). But providing aid is only one part of solving the puzzle. The current architecture through which EU institutions have in recent years provided about 5.4 billion Eur. in annual aid to Africa—its second-largest source of multilateral donations—also stunts African economic integration and divides the continent politically.

One more danger of just looking at numbers and data of aiding rather than multiple factors is for one to make false conclusions. As Bhakti Shringarpure outlines, there is a great trend of digital humanitarianism when people are providing aid via various digital channels. However, as well as enabling people to be more aware about the problems all around the world, it also has an effect of making us more indifferent to the root causes of the problem. Heavy criticism goes to aid communication, which is light, cheerful and putting a catch phrase ‘make a difference to the world’ at the forefront. As a result, it provides the satisfaction of solving the problem without really getting to know what caused and how long-lasting the solution will be.

The outcome so far

A couple of weeks after Mr. Michael’s visit to Addis Ababa, European Commission President Ursula von der Leyen came to the very same place with a large delegation from Brussels. This time it was more talking done by African leaders who stated that this time the relationship will be on Africa’s terms. For many problems that Africa faces these days, the continent wants to find its own ways. ‘African solutions for African problems’ – a widespread catchphrase says. However, one area where Africa did ask Europe for help was in building roads and rail networks, a key component if the AU is to realistically see the African Continental Free Trade Area.

The US and China have both reacted to EU plans. US media, such as The New York Times, have cut the story short – EU is willing to counter US and China activities in Africa, which in recent decades have been very prominent, and is afraid to lose a great trading partner in the near future. China’s Foreign Ministry Spokesperson Geng Shuang’s at Regular Press Conference on 10th of March stated that China welcomes EU’s efforts in the continent

African visions of an integrated continent with political solidarity and interlinked prosperity are as old as decolonization, but until recently there were few indicators that it was heading in the right direction. The Organization of African Unity, founded in 1963, was widely regarded a mere dictators’ club and was succeeded in 2002 by the African Union, whose reputation fares marginally better. Modelled to a fault on European Union institutions, the AU remains both overly centralized and lacking in capacity and accountability. But in the last three years, the AU has begun to emerge as a globally relevant actor because it overcame a major hurdle to pan-African progress.

The development of this rocky, yet very important EU-Africa relationship is worth keeping an eye on. It will be interesting to see whether African leaders will stand up to their promise to solve their problems on their own or is it going to be power game.