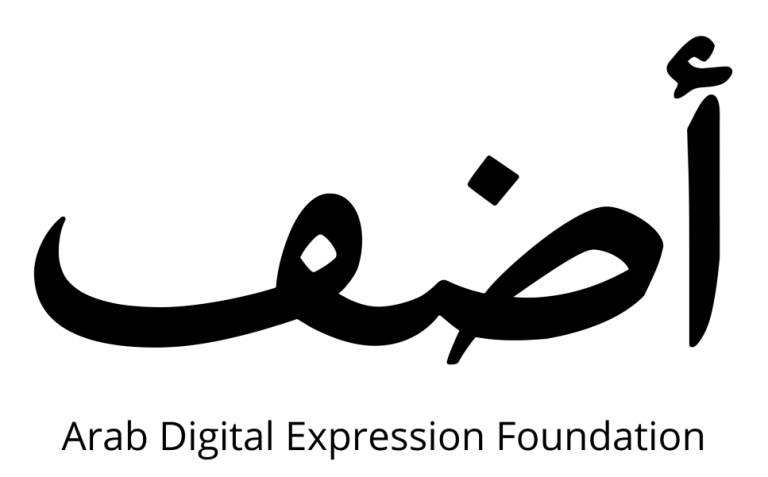 Did you hear about the Arab spring and the Egyptian revolution that got started through social media?
It started with a Facebook event. People came together online, which ended up in enormous demonstrations in Cairo and throughout Egypt. To update the participants about the current situation, ask for help, or inform about police attacks etc; they used Twitter. The Internet and social media seem to be a very important part of the civil society in Egypt and other Arabic countries. The Arab Digital Expression Foundation supports young people so that they can express themselves on those platforms.

One day I talked to my friend Ali who told me about this initiative for children and youth where he used to work. The main goal was to give kids skills and tools for them to express theirselves. Much of their work was based on teaching coding and programming, creating a community for young techies.
I met up with Ali, who was part of the ADEF crew in 2012-2015, to hear more about this interesting organization. As a programmer, his job was building software’s for the different activist social networks and holding programming workshops for the techie kids.

So what exactly is the Arab Digital Foundation?

It started in the nineties, as a small non-profit initiative for having tech camps for young people from around the Middle East, mainly the Arab world. The aim was to gather kids between 12 and 16 in a camp during summer and teach them coding and other computer-related skills. The Arab Digital Foundation was later funded in Cairo, it started growing and they began to have more activities and projects.

It was a big thing after the Arab Spring 2011, when non-profit organizations started to get more attention from people in and around Egypt, so it got even easier to find people interested in the topic. The organization continued to grow until about two years ago, when the Egyptian government started tightening the restrictions for all NGO’s in the country…

Projects and workshops to make life easier for activists

…But during “the good times”, there were a lot of workshops for journalists and activists. They learned how to secure their data; how to stay hidden from government surveillance and how to find the safe channels for communicating and publishing. ADEF also had a couple of projects for building tools for activists, for example a group called Mosereen. They started collecting different videos documenting demonstrations and other events, to make a huge database; films and videos were sent to them from journalists and just normal people that filmed with their phones. They sorted the videos and tagged them with the right events, right dates etc. to have a real archive with a lot of media data. This initiative of course had to be independent, because most of Egyptian media is owned by the government. The ADEF helped in building a video archiving tool for them and also by funding their project.

Another important part of the organization was building networks for smaller initiatives to make it easier for activists to find each other. They created a tool to facilitate collaboration between different groups from the civil society.

One big project that is still running is called Deka, which means sofa; the idea was to create a hub where people could hang out and have activities to meet and connect in different ways. Every Tuesday they have some screening of a documentary or movie and hosting persons that work in similar topics, for example an independent movie director, to have some discussions after the screening. There were all kinds of workshops and trainings; coding, dance, photography, radio, newspapers, stop motion video editing to mention a few. While learning different skills to be able to express yourself, people also learned about human rights.

It was an open forum for anyone, if you had a certain skill and you wanted to give a workshop for free, then you can go to Deka. The organization would find a place for you and do the advertising to host this kind of workshop. The aim of the project was to build and fund several of these culture hubs throughout the country, so now they established about 15 smaller hubs all over Egypt. ADEF gave Deka the financial and technical help to make it work.
It became a good way to use all these networks, gather people and make something together. The organization even participated in a movie production about the revolution. Throughout the existence of ADEF, the main focus has always been on younger people. They still organize tech camps in different countries for kids and teenagers every summer, where young people come from all over the Middle East to participate.

Why do you think the works of this organization is important?

In my opinion, NGO’s in Egypt are really important, because the government doesn’t do anything when it comes to providing the society with anything beyond the mandatory. We have the police, we have an army, we have the hospitals and some level of education, but other than this there is no support for anything that has to do with culture. It is also an important way to protect people that are being hunted by the government. It is not like in countries like Sweden, everything that has to do with expression and culture depends on the civil society. So without those organizations, a lot of things will be completely gone. The government does not support anything related to human rights, so you need this type of organization to fill the gap. ADEF gives young people a safe space to come try and learn new stuff, be exposed to something different and open doors for them to become more open-minded.

Would you say ADEF was part of the revolution?

Most of the people working in ADEF are activists and involved in different cases, but as individuals. At the same time, the organization participated in a lot of projects that could be considered contributions to the revolution. You can say that it was in a way part of the movement. It is very important to stress that ADEF is not a political organization, it is a social and cultural one. The main thing is Arabic digital expression, it is about making you able to express yourself in every way and we take care of the digital part. What you want to express is up to you. It is about giving young people the tools to express themselves.

How does the situation for NGO’s like ADEF look today?

Since 2013, the government is hunting down NGO’s, making civil work almost impossible for everyone. The state is limiting the funding and controlling the content of the organizations. ADEF is still functional but not as active as it used to be. The initiatives of helping activist and journalists disappeared, because of the current political situation that is completely dead. When it comes to the political scene, no one can do or say anything political, without being arrested the next day. Everything reached the peak in 2013, where people talked about values, politics and human rights. Now the state is very violent. So the main focus of ADEF now is more about creating spaces for the young people to learn different skills and not related to any kind of activism.

I thank Ali for sharing his knowledge about the Egyptian civil society in general and ADEF in particular.
It is clear that tech continues to be an important channel and platform for the civil society, even though the context has changed dramatically. After the Egyptian uprising and revolution, there is now a sort of political status quo where the control of the state is growing. In these current circumstances, organizations that encourage and lift the voice of the people and the young are even more essential. The story of ADEF is inspiring. What more can we do with these valuable platforms?