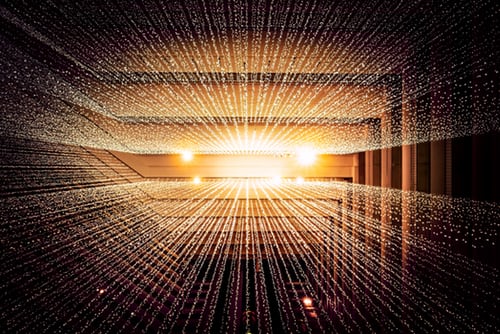 I have weird relations with Big data and all digital socialization in particular.

After my masters studies on International Business Administration in 2008 I have completely switched off from all the themes that were not directly related to my work or private life. Then one day I have decided to dig a little bit into what people are talking so much about and what seems to be in focus today. The more I started to read and analyse, the more I felt: “Please stop the Earth, I’ll get off!”.

Life has changed dramatically during the past 10 years. There is a clear line between how it was before and how it turned out to be, which reminds me of some mixture of spooky narratives from “1984”, “Following”, “Terminator”, “Circle” etc. You, my reader, could think that there are too many baseless emotions here? Maybe, but let’s have a look at some figures.

Do you know that two-thirds of the world’s population today are connected by mobile devices and this means more people in the world have access to mobile phones than clear water or working lavatories? In terms of social media, there are around 2,5 billion Facebook users (Statista). This is like one-third of the Earth’s population voluntarily shares their intimate. Then on the multimedia side, Instagram has over 1000 mil active users (Statista).  Meanwhile, the instant messaging service WhatsApp has around 1500 mil users comparing to 200 mil in 2013 (Statista). Last but not least, Twitter has well over 325 mil users (Statista). The global average on social network penetration is around 45 %.

Some more food for thought I grabbed from Milan S. and Treré E. article “Big Data from the South(s): Beyond the Universalism”. Authors are retelling that in 2020, every Indian will be enlisted in Aadhaar, the world’s largest identity database, and a privacy-infringing “behemoth” (Prakash 2017). Drones and georeferential radars watch over the Mapuche indigenous communities opposing corporate land exploitation in the Chilean region of Araucanía (Parra 2016).

The list could be continued: the algorithmic power enshrined in “gig economy” platforms reinforces existing inequalities in the labour market of on-demand workforce (Chen 2017). With the advent of big data, development interventions in the Global South are becoming the mere “byproduct of larger-scale processes of informational capitalism” (Taylor and Broeders 2015, 229). But as this composite geography of disempowerment in the datafied society shows, the dark side of big data produces “algorithmic states of exception” (McQuillan 2015).

Looks like someone else is creating all that around. But no, it is actually us – people are creating this environment on our own. Are we still able to have control over it all?

Did I already mention that I graduated in Estonia? A country that hardly even a well-educated could find on the map some decades ago. Today Estonia is well known, according to Anna Piperal’s presentation on TEDtalks, as the most digital society on Earth, succeeding to build a digital government, and there are more to come. Generally, everything is working smoothly so far, going digital both administratively and financially is more efficient. However, classical issues as polarization in the society and political power struggles are still there, “until there are humans involved”, Ms. Piperal summarized. Those ideas make my blood run cold.

I am not fully sceptical of what is going on (there are plenty of advantages we all aware about), but my only worry is about the truthfulness of good intention and control over all what we, humans, have created so far and are going to create in the nearest future.

How do you feel about the datafication of our world? Feel free to reflect and share your positivism or worries on global digital changes with me below or on Twitter.