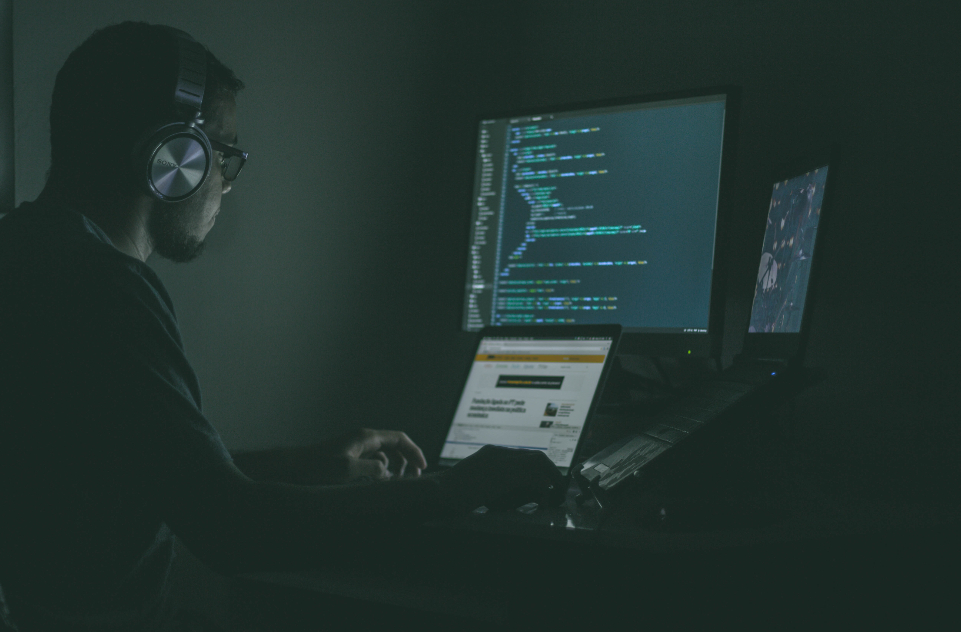 Somewhere along the line, we agreed without question to offer our fingerprint in order to submit a request for a passport or for entering the United States. But that was just the beginning: Governments are increasingly collecting our data without giving us the possibility to inquire or appeal, and even leave the decision-making to algorithms.

Increasingly, governments use advanced technology and data to optimize procedures and to be better prepared for the complexity of the current, digital, world. After all, citizens hold governments accountable for their digital security, protection of (cyber)terrorism and civil rights. But can we trust our governments to uphold those rights themselves?  And how far are we allowing them to go, even if it’s in violation of our privacy? Let’s explore two situations.

“Just the first step towards the completion of the Control Society”.

SyRi will take over

At the beginning of February, the Dutch court finally announced a long-awaited verdict about the use of the governmental fraud detection system, SyRi. This algorithm system calculates who may be fraudulent now or in the future, based on data from different governmental and non-governmental digital sources. It enables municipalities and agencies, such as the Tax- and Social welfare Authorities, to predict the risk that residents with specific characteristics, for instance, ethnicity and previous debts, commit fraud with subsidies and taxes. The people who are ‘chosen’ by SyRi’s calculations as fraud risks are thoroughly investigated by the authorities and placed on a surveillance ‘risk list’ for sometimes up to two years. Citizens are not notified if they were placed on a list nor do they learn on what basis the calculations are being made or given access to their mined data. The Ministry of Social Affairs invokes its secrecy about the working of SyRi, since citizens can learn to bypass the algorithms, for the reason that it may have threatening consequences for our welfare state (nu.nl). Anton Ekker, one of the attorneys involved in the case, describes SyRi as “just the first step towards the completion of the Control Society”.

SyRi has already been in place for six years and was granted approval without further debate by the Dutch parliament at the time. No eyebrow was raised, no contradiction was heard, not even one sceptic. Everyone agreed that fraud was an issue permitted to take hard measures against. After all, fraud is considered ‘stealing’ from the hard-working taxpayer. Nobody questioned the decision after that – until last year, when it became public that SyRi’s algorithm had led to a number of mistakes.

First, the Dutch Tax Authorities accused 300 families of childcare subsidy fraud in 2014 (nos.nl). Without any explanation or calculation provided, the subsidies of, what later appeared were predominantly minority groups, were immediately withdrawn. When this case came to light, it caused quite a disturbance on multiple levels. The victims ended up in great dept as they couldn’t afford childcare which let to unemployment. Politicians washed their hands in innocence because the algorithms were to blame, but attorneys took up this case to research algorithm biases and violations of the right for privacy. However, this month, the Dutch court announced that SyRi violates human rights for privacy and needs to discontinue its actions. A win for democracy.

Fear as the main driver

Did you know, approximately 6 in 10 US Americans disapprove of the collection of citizens’ phone records by the federal government, with the stated goal to reduce terrorism (CBS News)? On the other hand, three-quarters agree as long as the government only tracks phone records of US Americans suspected of terrorist activity; the same number approves of the United States monitoring the Internet activities of people living abroad. Why this contradiction?

“The current discourse on terrorism is based on building a representation of the ‘terrorizing, distant other”

Olga Baysha (2017, In the name of national security: articulating ethno-political struggles as terrorism) argues, that the current discourse on terrorism is based on building a representation of the ‘terrorizing, distant other’, as a threat to the security of states. This polarity is separating the world into ‘free’ and ‘civilized’ states vs. ‘evil’ and ‘barbarian terrorists’. A discourse that is indisputably adopted by politicians, media, and the public. Identity politics became the spearhead for many politicians, enforced by media and digital platforms. Creating public friction and distress enable states to manipulate and enforce the fear of terrorism, and so, to justify undemocratic actions.

US law on foreign soil

After 9-11, every controversial action by the United States that was unthinkable at first became defensible. At this point, the US have 15 air Preclearance locations in place in 6 countries. Preclearance locations are border securities, situated at airports in foreign lands where US law applies and ‘adds a security layer and an additional opportunity to detect and stop threats as early in the process as possible.’ This entails providing fingerprints, iris scans and in some cases even your mobile phone without question, when entering the US. You are required to give your passwords and access to your social media accounts, a request already included in the ESTA form. It allows the United States to gather all sorts of private data.

‘A suspicion based on prediction by algorithms is undemocratic’

The Netherlands is one of the ’expansion locations’ where negotiations are already ongoing for several years, but the conversation came to a standstill when Trump announced the implementation of the ‘Muslim ban’. Edward Ramotowski, deputy assistant secretary for Visa Services in the Bureau of Consular Affairs in the US admits that there are some opponents to Preclearance, but claims its necessity as it is  “fundamentally designed to keep the United States safe.” However, under Dutch Law, the data accumulations as a result of the ‘Muslim ban’ is considered discrimination and a violation of human rights. Apparently, the hegemonic position of the US enticed the Netherlands to collaborate, since suddenly a whole wing at the airport became a US zone on Dutch soil and thus, US law applies. The Dutch media reported briefly and uncritically about the decision. The only explanation presented by the media and government is that it will be quicker to travel to the US, while ignoring that your waiting time at Schiphol Airport could be longer. On the other hand, the United States government communicates solely the benefits for their National Security.

On the edge of democracy

Aleid Wolfsen, Chairman of the Dutch Authority Personal Data, argues that the use of algorithms and data collection on a large scale comes with many opportunities, but also numerous risks. In a democratic constitutional state, you have the right to be given justifiable reasons for a decision when the indictment is unfavourable to you. Otherwise, you cannot defend yourself and a judge cannot make an informed decision. A suspicion based on prediction is therefore undemocratic. That is why digital transparency, especially by authorities, is of crucial importance. It seems that in the name of national security, everything is legit. But only if we, the citizens, let them.

How can we question authorities and make them accountable for decisions that violate human rights? Let us know your suggestions below or on Twitter!