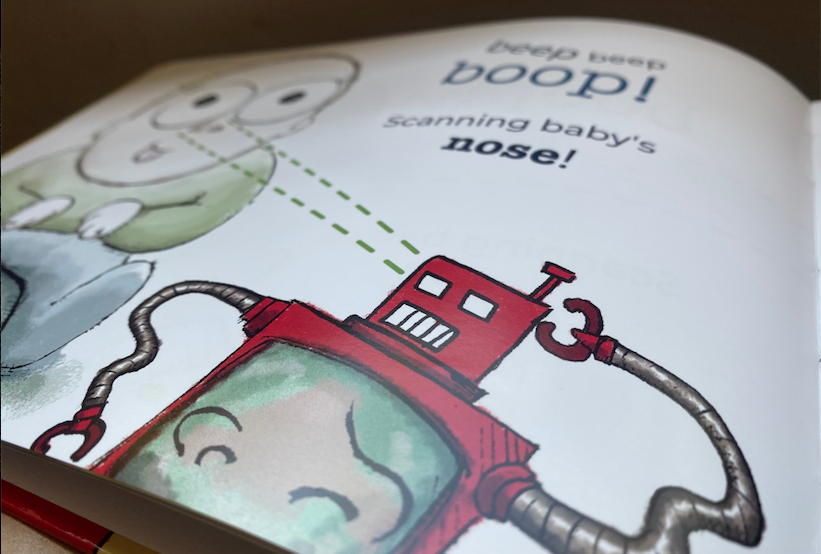 The conversation regarding big data, AI and algorithms are usually held between, and about adults, and between big tech companies and Silicon Valley startups. But did we consider that two-thirds of the world’s internet users, which are almost three billion users, are from the Global South, and that the growing number of internet users worldwide are under the age of 24?

Children and teenagers nowadays don’t experience the threats of our fast-paced digital world as adults do. Research (Third, A, et al. 2014, Children’s Rights in the Digital Age: A Download from Children Around the World) shows that minors consider digitalization a standard practice and even believe that access to digital media is a fundamental right, even though access to digital media for children in the Global South is still the number one obstacle. Children are consumed by the possibilities of digital media, as it offers a positive effect in their daily lives.

However, the risks of social media and the algorithms targeting minors for specific gains or decisions made by authorities at their expense, are easily overlooked by children. An interesting point raised in the above-mentioned research is that an increased level of access to digital media, “does not imply a greater awareness of their rights in the digital age”. Apparently, just exposure to and experience with digital media is not sufficient enough to estimate the risks held by digital use. Can we involve children more into the “adult” conversation of the digital risks? How are we preparing children for a world they born in to and can we somehow weapon them for those perils?

“Children believe that access to digital media is a fundamental right”

Digital media as a fundamental right

Globally, children see access to digital media as an essential right for their access to information, education, and participation in society. They use digital media for several reasons; for their social engagement, entertainment, education, self-expression, creativity and information- which are all necessary components for their resilience and social development. However, children find it difficult to explain to what extent digital media is improving their lives and their rights. Perhaps because the phenomenon of digital media and the dependence upon it is surrounding them as a given from birth. In comparison with someone who had spent his childhood without digital means and experienced the rapid change with its possibilities, limitations, and threats, children and teenagers cannot comprehend the scale on which digital development is compromising several social aspects of our everyday life.

The conversation about digital development in South Africa

Livingstone and Bulger (2014) point out that further research on minor’s basic needs when it comes to digital practices in the global South is necessary to the assessment of existing (western orientated) policies and programs. With such data, we are more liable to obtain a better understanding of which aspects of digital media are more likely to harm children online, and simultaneously, harness those opportunities of digital media for improving children’s rights. This approach will create a broader perspective on digital use, beyond just the general limitations, risks and safety issues, and focus on the growing all-encompassing role digital media has in children’s lives.

“How we see the world and how we choose to represent it is reflected in the algorithmic models of the world that we build.” -Abeba Birhane

Understanding the position of digital media in a child’s life will create more effective opportunities to communicate the workings of digitalization that may lie beyond their capacity. The conversation about aspects of digitalization that may harm or disadvantage the most vulnerable segment of our society is necessary to protect the rights of those groups. Abeba Birhane argues that under the guise of “AI” and “data-driven,” systems are hailed to be neutral, but actually further disadvantage those already at the bottom of our society. She explains that data is constructed, collected, and used in such a way that it will ultimately produce certain results that reflect a specific world view. The ones that build the algorithms are the ones that select and interpret the data, and inherently influence the outcome of the system, embedded with socially and culturally held stereotypes, thus not objective truths. Children are one of the most vulnerable when it comes to online use, but hardly ever mentioned as a specific group in the broader conversation. Who talks with children?

Researcher and writer Murray Hunter is a member of the South African organization Right2Know and focuses his research on surveillance and data privacy. He aims to stimulate discussions regarding access to information, digital privacy and ‘data mining’ by commercial and governmental authorities. In an interview with Mail & Guardian, Hunter argues that South Africans haven’t yet completely comprehended how much data they are freely handing over to commercial corporations and governments. It happens the moment you swipe a store loyalty card or sign in to office blocks or apartments via biometric data. He explains ‘privacy’ and ‘surveillance’ as invisible concepts, which makes it so difficult to understand and have a fruitful discussion about.

Hunter’s latest project is explaining this complex phenomenon to the youngest groups of society, as they are the ones that will increasingly be confronted with the struggle concerning their digital rights. He wrote the book Boris the BabyBot for children from the age of three and older (“. . .and robots from all ages”). His ambition is to involve children in the discussion, educate them playfully about the workings and effects of algorithms in our society and make them aware of the value of their data.

“My hope is that Boris the BabyBot will give children the narrative and visual building blocks they need to start building their own awareness and curiosity about the hidden world behind our technology.” – Murray Hunter

Boris the Babybot book is created out of a global crowdfunding campaign, that illustrates a story of a baby-tracking robot. Boris is programmed to solely collect data about babies for “the factory” and find himself in an algorithmic pickle when he stumbled upon an untraceable baby. Of course, I can’t reveal the outcome of the story, that you have to check out for yourself. Did you know Boris the BabyBot has its own website? Give @BorisTheBabyBot a beep on Twitter and Instagram.

What do you think of creating awareness at such a young age about complex issues via books or other means? Would you talk about Big data and algorithms with children and how would you start the conversation?